Before he joined the club…

I came here with Queens Park Rangers, we actually won 2-1 on the day, on the first time I ever played here and I remember going in after the game, sitting in the changing room and saying to a few of the boys “can you imagine playing in front of these supporters week in week out?” because we’d beaten you and you lot still cheered your players off the pitch and I was like, “wow, that’s incredible!” and the next year I joined.

Best moment in a Black and White shirt…

‘It has to be the Manchester United match. When we beat them 5-0 that would probably be the highlight for me, well I say the highlight, it’s one that stands out because we’d been supported so well by the supporters all year and they humiliated us in the Charity shield so it was just nice to give them something back, there was a few occasion they left the stadium happy but on that day in particular there was a special feel about the place.

On his time at Newcastle United…

‘My debut and first goal stands out as a highlight. To come from a smaller club in QPR I really wanted to play so well, even though I didn’t have the best of games, all eyes were on this new number nine. To get a goal was a great start at the club and the fans have given me a great reception ever since.’

‘I can’t believe it was only two years that I had here but left with some great memories.’

Newcastle United Foundation have a heritage project for fans of all ages called Toon Times.

Toon Times will culminate with a major Newcastle United exhibition at the Discovery Museum, Newcastle, although in the lead up to this event Toon Times wishes to reach out to all Newcastle United fans across the North East and further afield to get involved and share their memories, experiences, photos and memorabilia what people have collected over the years.

We are supporting the project by helping to collect NUFC memories online - fans can share their memories on the Replay Football website, simply select the Toon Times tag when submitting yours.

remember that qpr game. les was on top form, ray wilkins was also top notch that day. Les was a great signing for us, a great bloke, fans loved him, just wish him and shearer played longer together. 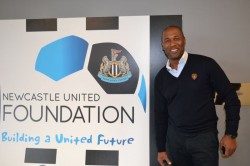 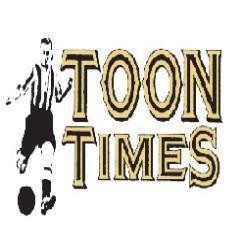